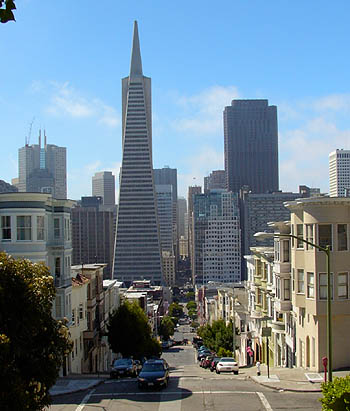 If a recent news article about the San Francisco economy is any indication, politicians may soon be campaigning not only on jobs creation but on IP transactions.

The Wall Street Journal writes about how SF is enjoying a mini-renaissance as a tech center. Web and digital media companies have begun to take advantage of low City rents and available talent.

Embedded in an easy to miss graph about jobs creation is an unusual statistic; something I don’t believe I’ve seen before and certainly not in the major business press. Included along with data showing an increase in more than 1700 IT jobs in 2008 and 2009: 100+ Intellectual Property Transactions.

That’s right, IP transactions. Do my eyes deceive me? IP regarded in the same context as job creation? For long-time IP evangelists it doesn’t get much better than this. (Well, actually, it can.) 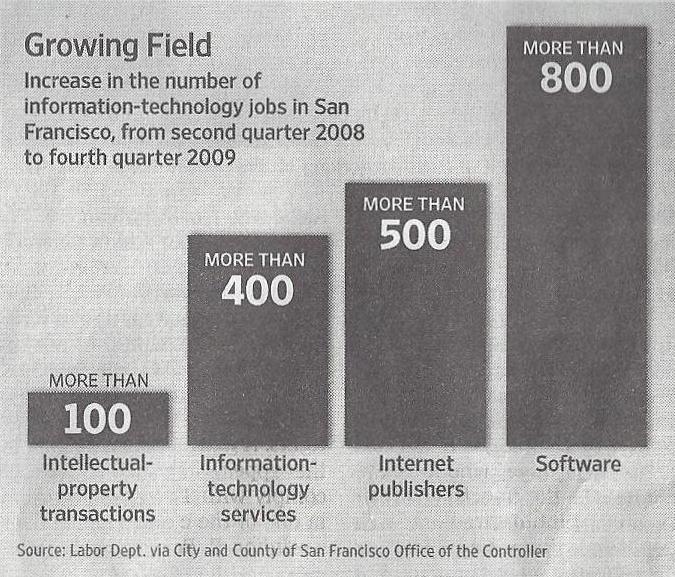 VC Charles River Ventures is quoted in the article. They are an investor in SF-based RPX Corporation, a defensive patent aggregator that is said to be considering a public offering.

I don’t want to look a gift horse in the mouse. It’s great that a veteran reporter like Pui-Wing Tam, who has covered start-ups and VCs, had the foresight to include SF IP transactions with jobs growth. It would just be nice to know what they are.

As much as I condone their asendance, I’m concerned that “IP transactions” in general are too abstract to be linked to jobs as an economic indicator. We need to know how the term is being used and how transactions’ impact are being measured. Bravo, I think.

P.S. – There is a reason for the accompanying scan. The soft piece, “Tech Buoys San Francisco,” at wsj.com for some reason dropped the “Growing Field” graphic that ran in the newspaper.

Pui-Wing told me that the graph was sourced to analysis that the SF Office of the Controller did of U.S. Bureau of Labor Statistics data. 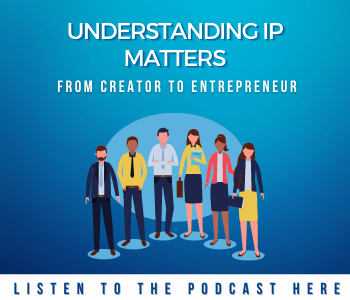