More nations today have an innovation policy than do not – that is except for the U.S.

The U.S. not only has no centralized innovation and intellectual property policy, it has no real strategy for making IP rights more meaningful and American businesses more competitive in the wake of initiatives from China.

Some believe it is not the job of policymakers to tinker with free-markets or favor certain industries. Well, that may have worked in the past, but with China committed to dominating global innovation – and with unlimited capital – the U.S. must reexamine its strategies.

What it is not supposed to do is assume that it is business as usual.

The United States has a tendency to repeat past mistakes, such as in the case of so-called “Japan, Inc.,” which devastated the auto and electronics industries with more advanced products. It is currently contending with China, which has approximately ten times the population of Japan and has quadrupled its investment in technology over the past decade.

“US innovation policy: Time for a makeover,” a fresh take on dealing with competition in the Intangible Investor, can be found in the July IAM magazine, out this week, here.

Innovation policy in the United States is mostly a series of suggested strategies and directives from several government agencies and industry organisations primarily designed to address foreign IP infringement (i.e., theft). It is often tied to science and economic policy, and is typically reactive – not proactive.

“Better innovation policy not only permits established industries to compete,” says the Intangible Investor, “it facilitates success for the next generation of inventors, authors, designers and software developers. It also helps to supply context for a confused and wary public susceptible to false media narratives – intellectual property is not the enemy, nor are rights holders and lawyers.”

Trump’s anger about China IP violations, justified or not, does not constitute an innovation policy. Innovation policy is not just about enforcement or supporting the science, technology, engineering and math (STEM) curriculum for the next generation of inventors. It is about understanding the current economic and political context and responding as a nation. 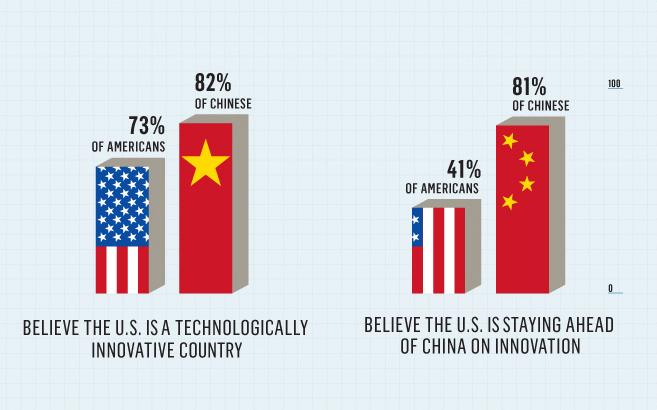 “The FAANGs, and others, who dominate the competition and monetize their customers’ information, often without permission, realize they are increasingly symbols of bad business behavior,” Bruce Berman wrote recently in IP Watchdog. “The heat they feel from regulators in Europe and the U.S. will continue to rise.

“IP infringement will come to be seen as an increasingly important part of their bad behavior. The timing is perfect for them to step back and step up and show the leadership they heretofore have ignored regarding IP rights. Movement toward a responsible IP middle ground – a less entrenched position that recognizes others’ rights and actively conveys a greater willingness to share successes, not only defend them, will help to inform a meaningful IP policy.”

For a linked quick-reading list about innovation and IP policy from the Center for IP Understanding, go to page 4.