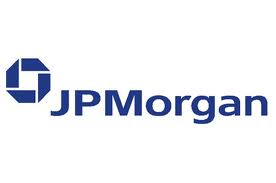 My look at Coster’s 44-page report in the upcoming IAM magazine, out June 1, regards an equity analyst who specializes in computers and peripherals trying to get his arms around a nascent industry built on uncertainty, lumpy returns and unaccustomed to public scrutiny.

Wall Street’s love-hate relationship with IP rights is heating up. It remains to be seen whether this is an enduring marriage, momentary fixation or potentially dangerous obsession.

Is public ownership of patent licensing (or patent defense) an oxymoron? While they are unproven business models, there is good reason to believe that public patent companies will enjoy a symbiotic relationship with each other and can serve as an alternative to some high cost litigation.

For better or worse, some of the smartest underwriting money is bullish on the patent business. 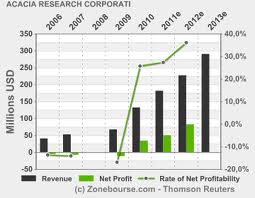 By racking up a critical mass of patent settlements and some forward-looking licenses Acacia has caught the attention of mainstream investors. With the help of Barclays Capital (RPX co-underwriter), the company recently raised another $175 million in a stock offering. (Goldman Sachs and Allen & Co are other RPX backers.)

In an industry that prides itself on the ability to discount almost any type of risk, Wall Street currently finds IP-centric companies such as Microsoft and IBM interesting; those that license patent rights as their primary source of income it finds tantalizing.

The difference is in the financials, especially operating margins, which can be double or higher than those of the average S&P 500 company.

For the JP Morgan report on Acacia, click here. You will have to wait a few weeks for IAM 48 and The Intangible Investor column addressing public ownership of patent licensing.

FYI: Acacia Research Corporation Chairman and CEO, Paul Ryan, will discuss the growth of Acacia’s patent licensing business at the JP Morgan 39th Annual Technology, Media and Telecom Conference being held at the Westin Copley Place in Boston. Ryan’s presentation will take place on Wednesday, May 18, 2011 at 9:20 AM (EDT). It will be webcast live at http://www.acaciaresearchgroup.com/events.htm.