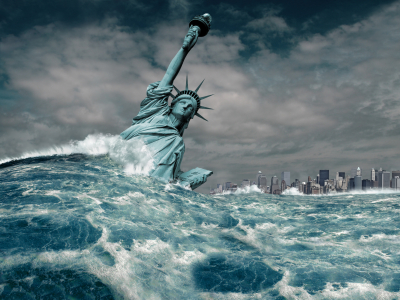 Everyone Will Take a Hit

Broad and largely unfounded disdain for intellectual property rights and holders has gone beyond bickering between operating companies and NPEs, or Hollywood (old economy) and Silicon Valley (new economy). It  is starting to have an impact on innovation and investment, and how stakeholders view intangible property, like music, software and new drugs.

The perfect IP storm is about to make landfall. Those already dubious about the use of patents and other rights see an opportunity to cut them down further. Inducing broad audiences to see IP as casually issued monopolies in the best interests of a few is getting easier and, worse still, somewhat fashionable.

Technology and business media are joining with political organisations, such as highly successful Pirate political parties in Germany and Sweden, some tech businesses, law makers and an increasing number of academicians to challenge IP. Disdain for patents and copyrights is not new. Its political correctness is.

Nurtured by half-truths about IP abusers locking out competitors and shaking down businesses, many people believe that intellectual assets impede innovation and represent privilege; they are akin to bank bailouts and inflated CEO compensation. Having been dealt stiff body blows by the courts and recent legislation, IP is on the ropes.

I would venture to say that many, including some OWSers, believe IP is simply 1%-type control masquerading in sheep’s clothing.

Of greater concern (to me, at least) than naysayers are IP managers and attorneys (executives and investors, too) who know better, but remain silent about how IP works and who it serves. What are you waiting for?

Read the full story, “The Imperfect Storm,”  in this month’s The Intangible Investor in IAM magazine.