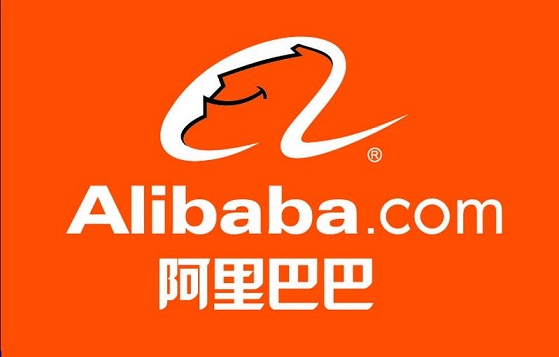 In the days preceding what could be the largest U.S. IPO ever, Alibaba, the Chinese e-commerce giant, has been buying patents as well as filing them in an attempt to establish a stronger IP presence.

According to Bloomberg News, Alibaba’s pre-IPO patent buying is part of a larger move on the part of some e-commerce companies to “bulk up” with IP rights for defensive reasons just before or after they go public. (See video here.) However, the source and value of these patents indicate these moves may be more style than substance.

Bloomberg News may be right to suggest that these unproven companies need intangible assets like patents to justify their high valuation. However, it’s unclear if acquiring these untested patents really does provide a meaningful competitive advantage. Patents with an apparent pedigree are not necessarily quality patents, but for some they may provide sufficient freedom to operate. (Click on either image below to see Bloomberg News clip.) 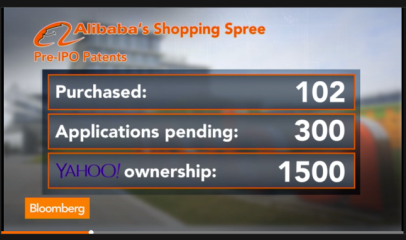 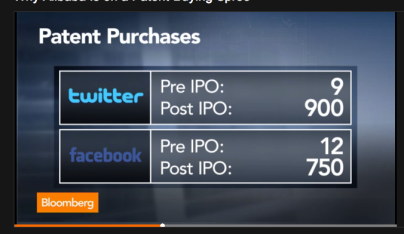 The news service reports that Alibaba has bought 102 patents, 20 from IBM, and has some 300 pending. Perhaps more important, Alibaba is 24% owned by Yahoo!, which has 1,500 patents, presumably those with relatively early prior art in e-commerce.

Twitter pre-IPO has just 9 patents and had been saying that it would not enforce them. Post IPO through and an acquisition with from IBM it has added 900. (Twitter reportedly paid $36 million for them of about $40K per patent, less than what Intellectual Ventures averages per purchase.)

Facebook had just 12 patents pre-IPO. Following it public offering, it used a relatively small amount of cash to buy 750 (from, guess what, IBM). Google, was somewhat of a laggard, but caught up quickly with two large portfolio purchases from IBM and the Motorola acquisition, which included 17,000 patents and 6,000 applications. Presumably, those rights were more focused on wireless inventions and chipsets.

An interesting pattern is emerging for e-commerce businesses: Raise a lot of money, go to the IBM or other well-known stock room and buy (not license) what they can for whatever price so they can at least appear to be IP competitive. Sometimes, the perceived value of a patent portfolio is as important as their actual value, especially if there is little likelihood they will be tested.

Is it possible that IBM, which is fast becoming the Home Depot IP rights, could have that many meaningful e-commerce patents? I hope not.

The Alibaba IPO is expected to exceed the $16 billion that Facebook had raised with its initial offering in 2012. 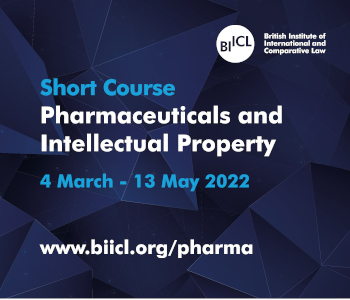