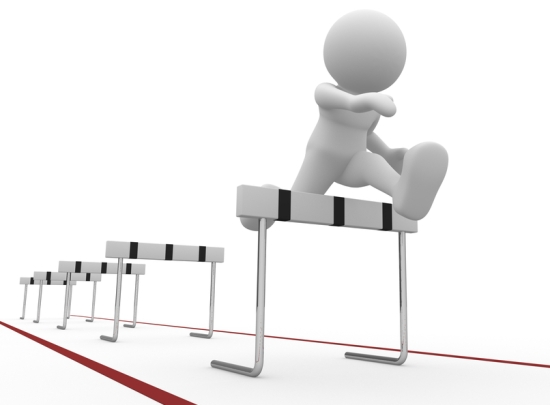 As businesses adjust to new judicial and legislative requirements public patent licensing companies will have to work harder and think smarter to compete against the stock market and each other.

Some are better-positioned to succeed than other.

Investors will soon learn which patent licensing companies are best-prepared to respond to the new patent quality and anti-monetization requirements handed down by the lawmakers and the courts.

Public IP companies (PIPCOs) not only need to surmount new legal obstacles to monetize their assets, but at some point in the near future will no longer have the benefit of a bull market to buoy their shares. Such obstacles will actually suit some companies as they rise to the new challenges, and competition increase. It’s hard to keep a good patent down, especially a heavily infringed one; nor is it easy to deter a determined patent holder.

PIPCOs have benefited from the momentum of a 65-month bull market, by most accounts, now in its final stages. Balance sheet basics like cash flow, market value and the ability to grow in adverse market conditions will be increasingly important as investors seek shelter. This provides opportunities for companies like Tessera, InterDigital and Rambus, all market valued at $1B or more. This will put pressure on thinly traded nano-caps, whose low value will present challenges in weak market for speculative stocks. Exceptions will be those tiny companies whose stock price outpaces their revenue stream. 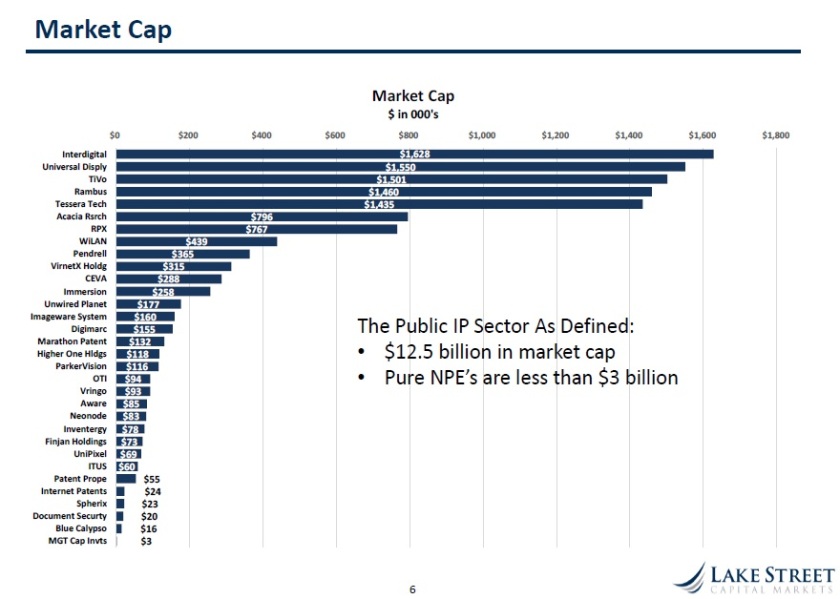 In “Higher patent quality hurdles may help some Licensing companies to prevail” in the January IAM Magazine I look at the PIPCOs that have out-performed the S&P 500, thus far, and those positioned to continue to. I also consider  RPX’s (NASDAQ: RPXC) IP business model which has suffered, possibly from a perceived lack of need for defensive aggregation under new Patent Trial and Appeal Board (PTAB) reviews.

“A kind of normalisation appears to be taking place in the NPE space,” the Intangible Investor piece states. “While IP rights and Alice have made it more difficult for most companies (and law firms) to collect big damages awards, they have not affected all PIPCOs the same way. Those with quality and capital, and room to grow are in a good position to prevail. Stock prices are depressed as over-reacting investors adjust to lower patent values, but some smart investors will see this as a buying opportunity.” 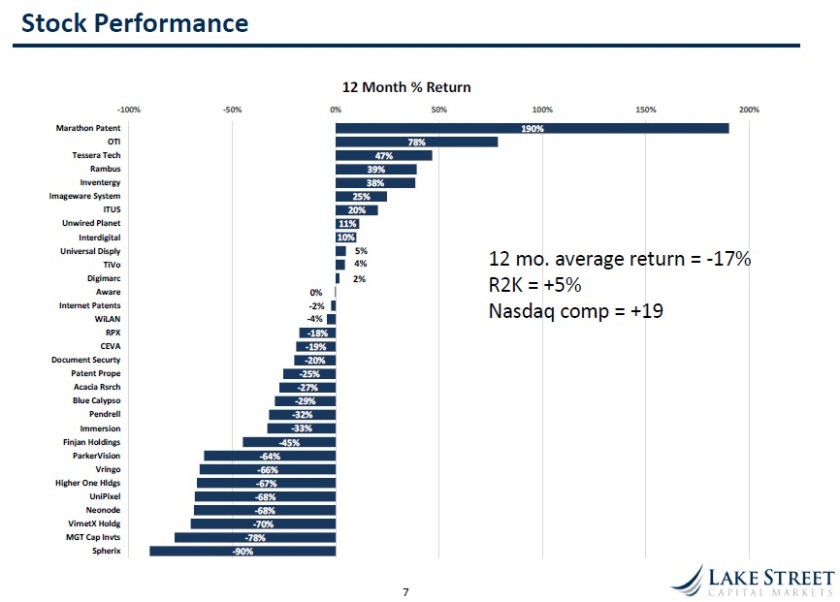 The businesses in the IP CloseUp® 30 that exceed $1 billion in market cap all did well through the first three quarters, some even outperforming the S&P 500, which was up 5% at that point. Most of the rest performed poorly, with the notable exception of Marathon Patent Group (NASDAQ: MARA), whose share price was up 120% at the end of the 3Q. (It’s up 147.7%% over the past year as I write this.)  Of the seven most highly valued IP licensing plays RPX performed the worst. (See current 12-month performance comparison below.)

“IP licensing companies are a very small part of a larger public equities market,” says Mark Argento, senior equity capital markets at Lake Street Capital, who has been following PIPCOs for almost a decade. “Only a half, or so, are institutional grade stocks because of their size and volume. Investor sentiment is improving. We need to remember there is a difference between long-term investors and short-term traders.” (See 3Q market cap and 12-month return charts on this page.)

The January IAM will be published in late November.