Shares of public IP companies (PIPCOs) continued to fare poorly in the 2Q of 2015. The stock of companies with larger market capitalization tended to do better, and there were even a few whose shares were up significantly.

Just how bad was the first half of 2015 for PIPCOs? Pretty bad.

Pendrell (PCO), which was down as much as 30% and up 5% since May, finished the first half of the year just a shade under flat.

[For a snapshot of individual PIPCO performance, including recent news, and a look at how they compare to each other, visit the recently updated IP CloseUp 30, here.] 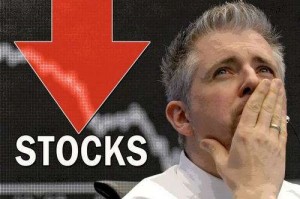 revenues and $118M in cash, appeared to stand a good chance of weathering the storm. Its shares pay a 7.1% dividend.

Perhaps the most outstanding performer of the group is licensing/ operating company Universal Display Corporation (OLED). It stood at $51.17, up an amazing 81.84% YTD. The flat panel display and solid state lighting company has 3,500 worldwide patents and applications and licenses to many leading electronics sellers, including Apple. It was founded by Sherwin Seligsohn, who was founder and Chairman of InterDigital.

Deals in the Works?

In a quarter-ending column by Richard Lloyd that ran on the IAM blog he speculated that there could be some deals in works as some of these licensing business wind down. “This blog and others in the market have been predicting for a while that there will be some sort of shake-up of the PIPCO sector,” Lloyd wrote, “be it consolidation through mergers or asset sales. But so far any signs of that shake-up have been limited to an approach by Marathon to Spherix (which was rebuffed) and the merger between Internet Patents Corporation and Prism Technologies. But, thanks to the continuing tough conditions, are we now approaching the point where we will start to see heightened activity?”

Inventergy could be delisted from Nasdaq as its share price has remained below $1. It has applied for an extension to remain on the exchange for a further six months. Vringo, ParkerVision and Spherix have all been granted extensions to remain on the NASDAQ in the first half of 2015.

It will not be easy for PIPCOs to be acquired or otherwise merged with stronger players, nor will it be easy for them to sell off assets. One prominent CEO told me that he has been approached by several PIPCOs but that he does not see much value in merging or in acquiring potentially undervalued public licensing companies, even for stock. “Numerous encumbrances involving the patents and relationships with capital providers would need to be sorted out, and, frankly,” he said, “few of the assets are worth it.”