At time when patent certainty and value are under attack, global automobile manufacturers are competing with major technology companies for IP rights to the future, especially driverless cars.

The race is reminiscent of the competition between financial institutions, bigtech and fintech start-ups to control innovations in transactions, including those that relate to blockchain.

The automakers, like the banks, have traditionally cross-licensed each other in an effort to maintain patent

peace and keep their franchise exclusive. It has yet to be determined if those participating in new technologies will wish to be similarly collaborative. Businesses like Google, Apple and Amazon certainly have the resources  and leverage to enforce inventions, if they choose to, or even buy a competitor.

The WSJ reports that a large part of filing in the auto industry has been with regard to self driving and connected cars, with 65% of GM’s filed patents in this area. Toyota, with more than 3,000 patents filed is by far the leader, but does not appear to figure into the self-driving patent race, choosing to focus on other areas of innovation, like efficiency (see graph below).

“Companies like Google, Facebook, and Apple, are pouring enormous resources into a vision of mobility that focuses on the driver experience,” writes Forbes“— so much so that they have the potential to take away some of the limelight — and profits — from the automakers many presumed would dominate car connectivity and driverless technology.”

There is some irony in the auto industry and financial patent races, since the Alice decision made software patents difficult to obtain and even harder to enforce. What are they thinking?

It remains to be seen how successful tech giants and disruptive banking and auto tech upstarts will be in competing with established players for innovation and rights – and if and how they will be able to deploy them. (With patents, sometimes leverage is more powerful than revenue.) 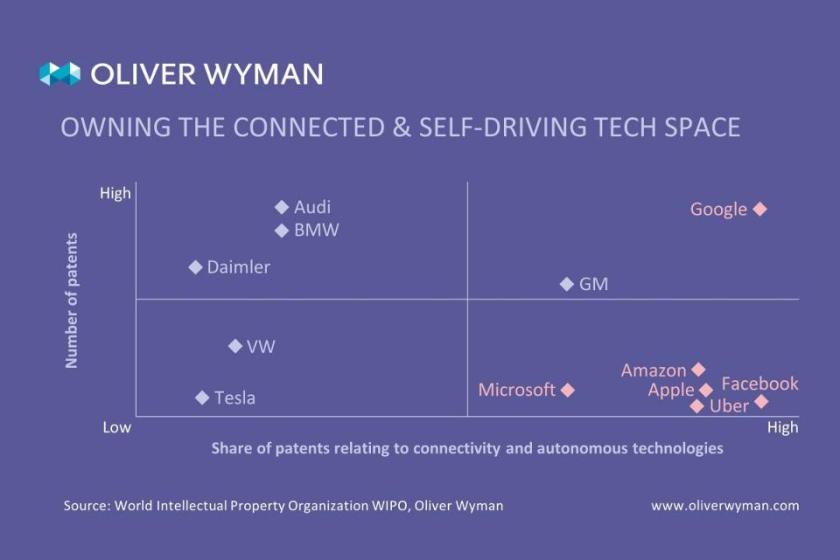 Two things are for certain: the source, ownership and importance of transportation inventions are changing; and the desire to secure meaningful patents that can be licensed will increase. 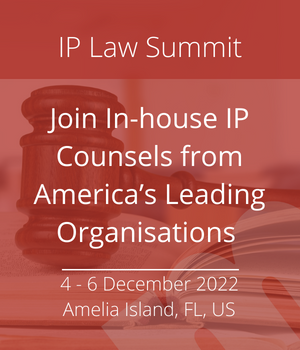