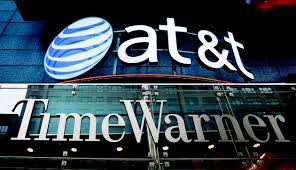 Almost at the same time, in a recent carefully crafted speech before a business and law audience, he outlined his preference for reliable patents and consistent, free-market enforcement. Putting a patent attorney in charge of antitrust may be the Trump administration’s best idea yet.

Delrahim’s remarks were delivered recently as part of the USC Gould School of Law’s Center for Transnational Law and Business Conference.

“Fresh thinking about the implications of SSOs [standards setting organizations] and the proper role of antitrust law is long overdue,” said Delrahim, who is the first patent attorney to head the Antitrust Division. “Bargaining over

new and innovative technologies is a high stakes game, and each side has an incentive to use every means necessary to improve its end of the bargain.  In this game, the competitive market process should win.”

The thoughtful speech was welcome relief to IP holders, especially non-practicing entities whose primary business is patent licensing. However, some people thought the timing and intent of the remarks were more difficult to discern.

“Clearly he [Delrahim] is sending a message that the AG’s office, and perhaps the Trump administration, knows the difference between IP exclusivity, which is conducive to innovation and businesses, and anti-competitive behavior,” a significant patent holder told IP CloseUp.

It’s ironic that his comments were made just days before the DOJ’s decision to sue to stop the AT&T-Time Warner merger, or maybe not.

Yesterday the Department of Justice sued to block the AT&T-Time Warner merger, citing its anticompetitive nature and ability of the combined company “to drive up the cost of channels like HBO, CNN and TBS to rivals and ultimately to consumers.”

Senate Committee on the Judiciary documents submitted in support of Delrahim’s confirmation, show that he has worked in the White House as an advisor and has had a distinguished private legal career, often supporting acquirers in large transactions.

Delrahim emigrated from Iran with his family in the 1970s when he was ten years old to escape the political strife. After law school, he joined Patton Boggs. In 1998, Delrahim became a counsel to the United States Senate Committee on the Judiciary, working under Senator Orrin Hatch (R-UT). Jon Leibowitz, who was then a Democratic Senate aide and worked with Delrahim, remembered him as being a pragmatist.

His video recorded confirmation hearing, worth looking at. Delrahim’s testimony occurs approximately 52 minutes into the recording.

CNN, which may have to be sold to permit the AT&T-TWC merger to go through, reported that “A long time colleague of Delrahim’s who says he is a liberal told CNNMoney that he can’t imagine that Delrahim ‘would engage in any type of vigilante justice to help the president in the deal…That’s just unfathomable to me.'”

the legislative and judicial hits that the patent system that has taken over the past six years.

“We don’t have the tools to know what the competitive royalty rate is,” concluded Delrahim in his USC speech, “—we’re not price regulators, after all—and if we inject antitrust law where it does not belong. It can actually subvert the competitive process and do serious harm to American consumers and to innovation itself… It’s time to correct this asymmetry to ensure that there are maximum incentives to innovate, and equally proper incentives to implement.”

For the text of Delrahim’s remarks, go here.