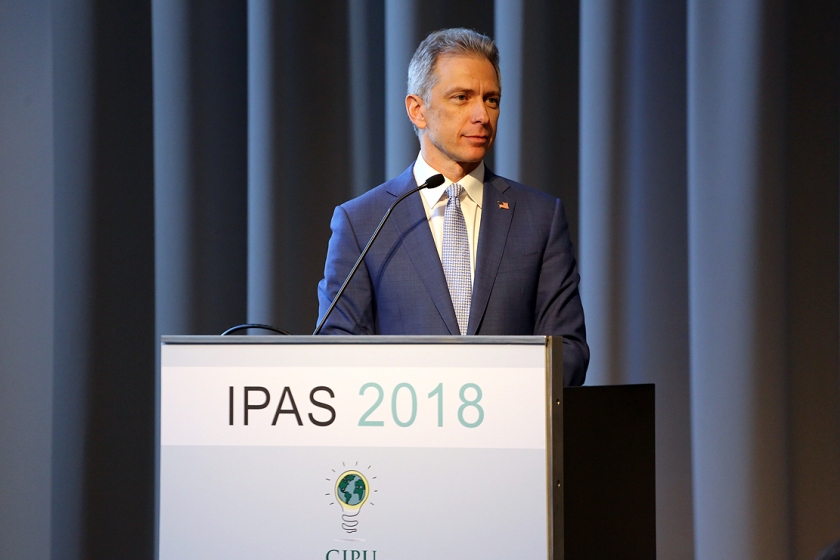 IP is the engine that makes economic and cultural developments work and the USPTO keenly focused on facilitating this goal.

That was the message delivered by Undersecretary of Commerce and Director of the United States Patent and Trademark Office, Andrei Iancu, at the Second Annual Intellectual Property Awareness Summit in New York on November 29.

IPAS was held by the Center for Intellectual Property Understanding (CIPU), an independent non-profit, in conjunction with the Columbia Technology Ventures, at the Columbia University’s School of Journalism. 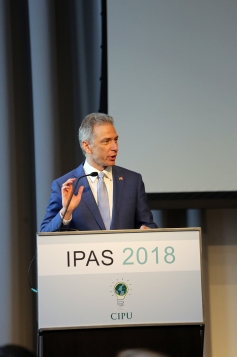 “For the IP system to work as intended,” Director Iancu told the audience of IP owners, creators, executives and educators, “we must make sure future IP laws are predictable, reliable and carefully balanced.”

Director Iancu, who holds degrees in aerospace and mechanical engineering and who has taught at UCLA, said he believes that it is really important for new members of congress coming into office in January, as well as existing ones, be informed about the importance of intellectual property.

“They should be aware why IP is important to the economy and to America’s standing in the world and competitive position.”

“I would urge folks in this room,” he said referring to the IP professionals and educators present, “to talk about these issues with members [of Congress] in ways that relate to their priorities and constituents.”

The Director told the audience that the battle for 5G is not likely to be limited to giant American companies but is international and being waged by the smallest and biggest countries; from Singapore, for example, to China.

“We live in a different world,” he concluded. “For the United States to maintain its competitive leadership it is critically important that we have an IP system and innovation and entrepreneurship ecosystem that encourages innovation; that provides stability and predictability, so folks can invest here in the U.S. confidently.”

The audio file of Director Iancu’s remarks and q&a is available at www.ipawarenesssummit.com. 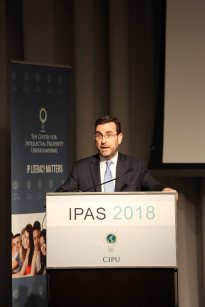 Other featured speakers at IPAS 2018 included Manny Schecter, Chief Patent Counsel of IBM and a member of the board of directors of the Center for Intellectual Property Understanding (CIPU); Jay Walker, inventor, entrepreneur, TEDMED curator and founder of Priceline.com; and Adam Mossoff, Director of the Center for the Protection of Intellectual Property (CPIP) at George Mason University College of Law.