Several U.S. senators recently requested that the USPTO conduct a study regarding the feasibility of establishing a small claims court expressly for patent cases. The effort is reigniting the debate over employing courts of limited jurisdiction to resolve intellectual property disputes.

This is not the first time that the idea of specialized courts, including those for patents, has been floated.

“These courts are often believed to be better equipped to keep pace with the dynamic changes in U.S. patent law,” reported the Polsinelli law firm about the presumably bi-partisan request on July 27 request from the Senators. “The possibility of a lower-cost venue for disputes is extremely attractive to many potential litigants.”

Not everyone agrees that a small claims court would make the already unfair IP system more equitable. While some believe it will give smaller players a fairer, quicker and less costly hearing, others say it will encourage frivolous disputes that are settled whether or not they are of significant merit to avoid the expense of protracted litigation.

China has recently created small claims courts for certain types of intellectual property, but not for patents. From the outset, China’s so-called internet courts have been a great success, according to the U.S. law firm Polsinelli, but questions remain as to whether they could serve as a model for litigating IP 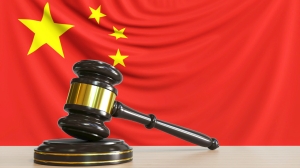 China also has several courts of special jurisdiction (e.g., military, forestry and maritime) and, more recently, IP courts have been established in large cities, including Beijing, Shanghai and Guangzhou.

The new Chinese courts are fast, with “the average duration of a trial being 38 days, which is 50% shorter than conventional courts in China,” notes Polsinelli. For IP matters, appeals are made to the special IP court, while other disputes are appealable to the intermediate courts.

“A key feature of the internet courts is their online judicial platform,” says the law firm. “Although there is an English landing page, the platform is not designed for foreigners. A lawsuit can be initiated in as little as five minutes. The process begins by clicking a button to specify whether you are the plaintiff or defendant.”

In the United States, where the cost of the average patent lawsuit in 2020 was $1.6 million through the end of discovery and $2.8 million through final disposition. A dispute can take five years or more to litigate to conclusion.

Judges have benefited from many of these technological advances, according to a recent paper by Shanghai University and University of Newcastle, Australia researchers, and the Supreme Court of the People’s Republic of China considers that the more recent smart court reforms have enabled greater access to transparent justice for all and contributed to the faster case settlement.

“Despite this, there are concerns relating to some of these approaches. These include issues linked to automated judgments, digital divide issues, judicial independence, as well as concerns linked to privacy and data protection.”

The Copyright Alternative in Small-Claims Enforcement Act of 2019 (the “CASE Act”) was buried in the enormous COVID relief and stimulus bill (the Consolidated Appropriations Act for 2021) and signed into law on December 27, 2020.

The CCB is scheduled to begin operating by December 27, 2021 and will be comprised of three full-time judges (called “Copyright Claims Officers”) appointed by the Librarian of Congress for four, five, and six year initial terms respectively, along with at least two full-time attorneys to assist them. Reports IP Watchdog:

“It is unclear whether such [Chinese] innovations would work in the United States for any form of intellectual property,” says Polsinelli, “much less for patents. Trial by jury is a fixture in the United States, whereas juries did not exist before 2005 in China.”

The net-net: Alternatives to judicial resolution of IP disputes are essential in nations as diverse as China and the U.S.  Small claims courts appear to be gaining traction in China and other nations and U.S. lawmakers are being compelled to recognize them.

Significant patent and copyright holders in U.S., as well as the IP bar, should accept the need and efficacy of such courts, and their ability to efficiently address the rapidly increasing number of disputes in a digital world whose basic currency is intellectual capital.