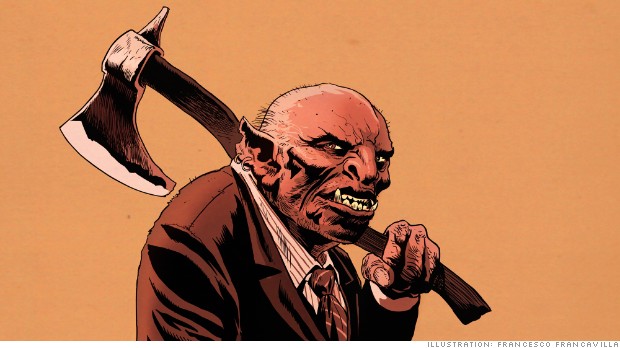 An article in Fortune by a former litigator examines a possible market solution for what he calls “the nation’s most pressing legal challenge.”

Taking on the Trolls in the current Fortune is worth reading for what it hints at – a possible market based solution for a growing business problem, patent disputes – as well as what it leaves out, a balanced discussion of what has caused the increase in NPE suits.

The article is written by Roger Parloff, perhaps the best legal journalist in America. Parloff undercuts his profile of Rational Patent Exchange (NASAD: RPXC), a patent buying service which to date has acquired rights on behalf of its clients totaling more than $500m, as a possible NPE solution by drawing upon misleading data and making snide remarks about inventors.

Parloff should know better, and so should reporters at some other major media outlets. He dismisses the majority of patent enforcement as frivolous, and suggests the enforcement numbers are skyrocketing for some high-profile (Fortune 500) targets, like Apple, when in relative terms they may actually be down.

“NPEs have their defenders,” chides Parloff, “… the argument continues, but also society at large, by preserving the incentive systems that our Founding Fathers wrote into the Constitution to ensure that the Thomas Edisons of the world would be motivated to provide the rest of us with the maximum possible benefit from their genius.”

According to statistics attributed to RPX in The Ten Biggest Troll Targets, an excerpt from the Fortune article, which “have been relied upon by academics and government agencies,” NPEs filed 3,608 new suits in 2013, up 19% from the 3,042 they filed in 2012. Their suits named 4,843 total defendants, up 13% from the 4,282 sued a year earlier. NPE suits accounted for 67% of all new patent cases filed last year, and 63% of all new patent defendants.

“Still, the sheer numbers have made many people skeptical,” continues the award-winning reporter and former criminal litigator. “Is AT&T really stealing breakthrough ideas from various Edisons at a rate of more than once per week? Or might someone be gaming a flawed system, bringing dubious claim in favorable plaintiff’s venues and harvesting nuisance settlements?”

Words like “stealing” and “trolls” are inadequate when it comes to patents. They do not help to capture the complexity of the problem, nor do they serve to address the fundamental issue of disputed innovation. It’s difficult to accuse a party of stealing when patents are so unreliable and their coverage difficult to define. At the same time, those who have the capital and experience to monetize legitimate rights should be allowed to.

Bad Actors on Both Sides

Bad actors exist on both sides of patent disputes. There are 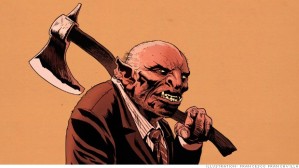 some plaintiffs who rely on the high cost of litigation to settle quickly and there are tens of thousands of  businesses selling products that infringe others’ inventions. From the defendants that I talk off the record it seems most of the patents being enforced are legitimate. Demonizing all enforcers or all NPEs may  help some companies in the short run, but it is only a small part of the story that will have a negative impact on innovation and commerce.

In fairness, most companies want to do the right thing when they can, but the uncertainty implicit in patents (only a portion of those issued are eventually found valid put to the test) and the courts makes doing so difficult. Businesses are frequently blindsided by patents they never knew existed.

One question rarely asked aloud is how thoroughly have they searched for patents that might read on their products?

When these businesses are confronted with quality patents that the products they sell may be infringing, which they can not cross-license and must pay to practice, they are in state of pseudo-shock.  A leveler playing field for innovation rights is a geography that more innovative businesses are reluctantly becoming familiar with. This is a truth that the Fortune reveals. RPX, however, is only one answer. [Taking on the Trolls is available in its entirety in Fortune in print or to digital subscribers.]

There are more NPE suits for several reasons, including (1) there amount of innovation is much greater, (2) invention returns are higher than in the past, (3) more inventions can now be produced by an individual as opposed to big research lab, (4) NPEs are better at bringing suits than top-heavy, risk-adverse large public businesses or individual inventors, and (5) the America Invents Act (AIA) makes it necessary to separate what

would have been several defendants in a single suit into separate suits.

How did patent litigation get so expensive? Don’t ask the law firms, ask the defendants. Time (and cash) is on their side.

When the market for trading potentially dangerous patents brings down the risk factors, you may see more companies proactively taking an early license or using buying groups, like RPX, AST or Unified Patents to acquire patents or bust them early, as opposed to rolling the dice and possibly getting embroiled in a suit or numerous suits.

Given the explosive pace of innovation — the USPTO granted 277,835 patents in 2013 alone —  it’s a wonder that invention disputes have led to only a few dozen suits and a handful of trials annually. It’s inevitable that the numbers rise, unless a system of adjudicating disputes can be improved. A single large tech business’ products can draw upon 20,000 or more inventions, some of them fundamental to a successful product. Techdirt reports that some 250,000 patents impact a smartphone.

RPX has a point in saying that law firms are benefiting the most for invention disputes. (The article cites some data to support that.) But despite their whining most large holders can afford to allow things to play out over time. The potential danger of weaker patents and more arduous and costly monetization options is that established businesses will be allowed to determine what innovation is and what is not. Highly disruptive inventions, those that can create new industries, will have a harder time getting through, especially if they are seen as potentially threatening.

Permitting successful technology companies set the patent agenda will inevitably tip the advantage in their favor. With foreign competition just beginning to heat up, it may not be the best time for this to happen. More competitive, market-based solutions for patent disputes, and fewer legal ones, are a natural evolution for a society built on providing more and better ideas, and a healthy way to maintain our inventive DNA. RPX is one among many who can help to provide a step in that direction.