how what appeared to have been an over zealous acquisition in 2012 is starting to make more sense. It is a reminder that the eventual cost of the purchase and return to Google is not necessarily visible on the balance sheet or its P&L. Extracting value from patents can be measured in many ways.

Lenovo is now the world’s largest PC maker and fourth largest mobile phone company. In the deal Google gets to keep most of the patents, provide licences to Lenovo (thus establishing their market value), empowers yet another Android handset maker in its battle with rivals Apple and Microsoft, and receives a bunch of cash and stock to mitigate the original cost of the Motorola Mobility purchase. It also gets to retain what could be an undervalued crown jewel – Motorola’s Advanced Research and Projects.

“Beauty is in the eye of the holder,” in the April IAM magazine, I consider the difficulty determining value when buying or selling patents, or their holders. It also 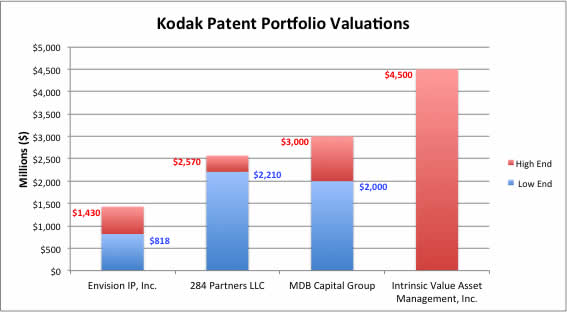 touches upon overly zealous valuations, such as those of JP

Morgan in ParkerVision’s (PRKR) win over Qualcomm, and in Kodak’s eventual sale to a consortium led by Apple, Facebook, Google and Samsung for just $525 million. (Projections by some interested parties were as high as $4.5 billion.).

“Just because some patent holders see their assets in a brighter light,” the Intangible Investor piece observes, “does not mean that stakeholders must be blinded by the glare.”

Buyers and investors alike should be aware of not only who is valuing a particular IP portfolio for sale or estimating return on a dispute, but also what is their relationship to the selling party.