The recently announced acquisition of Finjan Holdings, Inc. (NASDAQ: FNJN),  a cybersecurity and patent licensing firm, by Fortress Investment Group, a division of SoftBank, is being investigated for the appropriateness of the offer by at least five law firms. 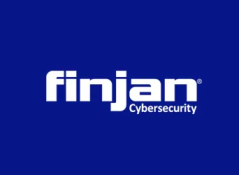 Another law firm, Rigrodsky & Long, P.A., is similarly investigating “regarding possible breaches of fiduciary duties and other violations of law related to Finjan’s agreement to be acquired by affiliates of Fortress Investment Group LLC.”

It is not terribly unusual for shareholders to claim unfair treatment, especially if they purchased their shares at a higher price than the offering. Various investors, such as funds,

may be represented by respective law firms alleging mis-valuation, mid-management or an insufficient number of acquisition offers in an effort to attract a higher bid.

Finjan appears to have a unique position in the patent licensing space in that it is an operating company with a strong IP portfolio and respectable balance sheet. Most importantly, it has stood the test of repeated Patent Trial and Appeal Board challenges — no easy feat.

Despite some financial success, including a deal with IBM in 2017 to create Finjan Blue, and impressive legal gains, the company’s stock has languished, never selling higher than $4.61 back in October 2018, which it could not sustain. By December 17 it had declined to $2.21.

Finjan lost $.15 per share for the first quarter 2020, but still had almost $19 million in cash and equivalents, making a $44 million offer a less risky proposition.

If shareholders have a problem with the deal it may not stem from incorrect valuation or too few suitors, but the dour view of equity investors, which never really understood public IP companies (PIPCOs). Most PIPCOs have either merged, liquidated, changed their name or evolved their business model.

Finjan had hoped to be seen as a market success story; it may still be one under the auspices of a larger, more solvent business.