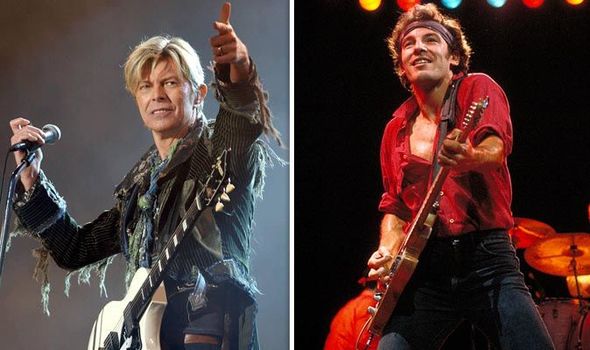 With the backing of leading private equity funds and record labels, celebrity singer-song writers such as Bob Dylan, Prince and Neil Young, are cashing in on strong long-term demand for songs in their  catalogues and their recordings, which generate strong annual income.

In what may be the biggest single-artist music-catalog deal to date, Bruce Springsteen has sold his entire recorded-music and publishing catalog, protected under copyright law, to Sony Music for a reported $550 million, topping Bob Dylan’s sale of his publishing to Universal for nearly $400 million.

Bidding between Universal and Sony apparently brought initial estimates of $350 million to $500 million plus. (Terms of the transaction were not announced.)

Springsteen has been with Sony Music’s Columbia Records since he first signed with the label in 1972, but, reports Variety, he acquired the rights to his music as part of a contract renegotiation “at some point during the 1990s,” something few recording artists have the leverage to achieve.

Billboard estimated that the Springsteen album catalog generated about $15 million in revenue in 2020, and that his publishing catalog brings in about $7.5 million per year. At that rate, and they could easily rise after the artist retires or dies, it would take Sony and its co-investors just 24 years to make back its entire investment. After that, all of the revenue is profit.

If Sony has full control of the Boss’ catalogue, a conservative political candidate averse to his generally liberal direction, could pay to use a song like ‘Born to Run’ as a campaign theme. The devil is in the contract details.

Some of the financing for the publishing acquisition was contributed by Eldridge, reported The New York Times, a private investment firm whose other media deals have included the songwriting catalog of the rock band the Killers.

The largest catalogue deal in history remains Sony Music’s acquisition of the 2.1 million-song EMI Music Publishing catalog for an enterprise value of more than $4.75 billion (which includes the Motown publishing catalog as well as songs by Queen, Carole King, Kanye West, Drake and many others).

These deals are good for acquirers, who see the assets similar to bonds that throw off annual yields superior to anything in the traditional debt markets and that are a hedge against stocks. They are fantastic for celebrity artists and their estates, but perhaps not so good for less-known song writers and recording artists in, where movie producer and former Bob Dylan tour manager, Jon Taplin, author of ‘Move Fast and Break Things,’ says the industry generates 90% of the revenue from 1% of the product.

With historically low interest rates likely to continue and an expected increase in capital gains taxes, with Democrats holding the White House and the House of Representatives until at least 2023, the timing of catalogue sales is optimal for both seller and buyer. It remains to be seen if buyers are likely to be focused on maximizing return on their sizable investments, possibly at the cost of investing in new acts.

Warner Music is raising $535 million in debt to support a potential Bowie acquisition of at least $200 million, as well as for other deals, reports the Irish Times. Blackstone Group has raised $1 Billion for copyright acquisition with Hipignosis Song Management.
Private equity giants KKR, Blackstone and Apollo have recently committed billions of dollars to buying music rights.

Investors view them as credit-like assets that provide attractive, bond-like yields as interest rates remain at historic lows. ‘Bowie Bonds’ issued in the late 1990s amidst the the threat that Napster and file sharing created for CD sales, did not fare so well for investors but did well for him. That transaction was a ‘receivables’ financing based on Bowie’s projected music earnings for a period of approximately ten years. He did not have to relinquish ownership of his catalogue or recordings.

With the current state of streaming more clearly defined and celebrity artists’ catalogues on the rise, the the environment for these transactions is more conducive today.

The vote of financial confidence for copyrights is encouraging for celebrities and some investors, as well as intellectual property, in general.

Streaming has helped extend the shelf life of recordings by established stars like Springsteen, Dylan and Bowie. However, these platforms are currently a challenge for mid-level recording artists and those acts trying to break out or generate attention. Artists’ revenue from streaming on platforms like Spotify, YouTube, Apple Music, Amazon Music and Pandora remains shockingly low. It points to weaknesses in current music industry business models, where it is more difficult than ever for new and less well-known acts and artists to eke out a living.

The lack of small venues, like clubs, under the threat of Covid have not helped. Some believe that the focus on a handful of costly celebrity rights  could lead to a narrowing of musical tastes and even less willingness to explore new terrain.

Artists like Taylor Swift are aware and making an effort to support a broader range of fellow musicians through their record deals.

Sting is said to be in advanced talks with Universal to sell his catalog for $250 million-plus, writes Variety, as is David Bowie’s estate with Warner Chappell Publishing; the estate recently struck a deal with Warner for his recorded-music catalog.

The Bowie publishing deal was originally said to be in the $200 million range, but a reliable source says the figure being discussed is considerably higher — and “have grown even more in the past 24 hours since the Springsteen deal was leaked.”

Photo: Bowie and Springsteen, circa 1974.