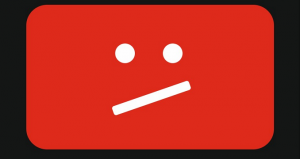 Tens of thousands of recording artists and musicians in Germany will be receiving payment for their content under the terms of agreement struck last week between YouTube and GEMA, Germany’s leading royalty collection group.

The deal will end a seven-year YouTube ban in Germany, which had previously blocked access to the streaming site over non-payment of performance royalties. It is unclear if the pact is a harbinger of things to come in the ongoing battle between streaming sites, search engines and content providers, such as musicians, or if it includes published works, like books and photographs.

Resolution of the dispute, reports The New York Times, comes “with European officials revamping the region’s copyright rules to give more power to music labels, publishers and other content producers over the likes of Google, which owns YouTube, and Facebook.”

“We remained true to our position that authors should also get a fair remuneration in the digital age, despite the resistance we met,” Harald Heker, GEMA’s chief executive, said in a statement. He added that the agreement covered future royalties, as well as those accrued over the last seven years.

Blocking alert that German YouTube users will no longer see 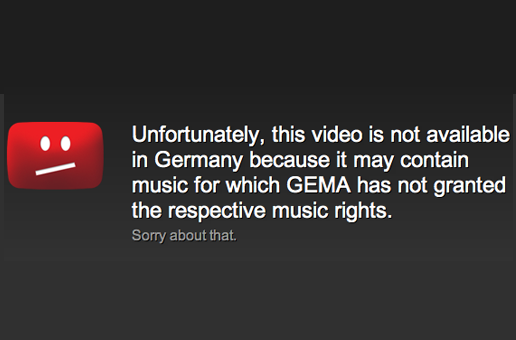 “This is a win for music artists around the world, enabling them to reach new and existing fans in Germany, while also earning money from the advertising on their videos,” YouTube’s Christophe Muller told TorrentFreak, a publication dedicated to bringing the latest news about copyright, privacy, and everything related to filesharing.

TorrentFreak also reports that “Increasingly, music groups are criticizing YouTube for ‘profiting’ from the hard work of artists without paying proper compensations, so it’s not unlikely that similar deals will follow in other countries.”

A prominent L.A.-based producer told IP CloseUp that the deal (which deal? The deals in other countries? “that such deals in other countries”) “appears to be progress,” but Google (which owns YouTube) is too big for the little record companies to fight. “Whenever they try collective action, Google runs to the anti trust authorities.”

Agreement that the Internet has been bad for the music business is not universal. Factors that influence “free” distribution depend on a label’s size, the popularity of its artists and their point-of-view about how best to generate income. Sony has said that impeding YouTube costs the music industry millions of dollars.

One of the people who embraces this positive view of streaming is Edgar Berger, Sony Music’s CEO of international business. In a recent interview he stressed the importance of the Internet, while noting that the increase in Internet sales almost makes up for the decline in physical sales. See a summary of the interview, here.

“There is absolutely nothing to complain about. The Internet is a great stroke of luck for the music industry, or better: the Internet is a blessing for us,” Berger said.

“The [GEMA] deal means YouTube will unblock thousands of clips in Germany for the first time in seven years,” wrote Bloomberg News. “When German music fans in the past tried to watch videos of their favorite songs they only got an

error message showing a red YouTube sad face with a line saying the content was banned from the portal for copyright reasons.”

The parties did not disclose financial details of the agreement. YouTube has, in the past, struck similar deals with dozens of groups around the world, including one in 2009 with the U.K.’s PRS for Music.

The groups also did not say if YouTube’s familiar sad red face would be replaced with a happy green one.